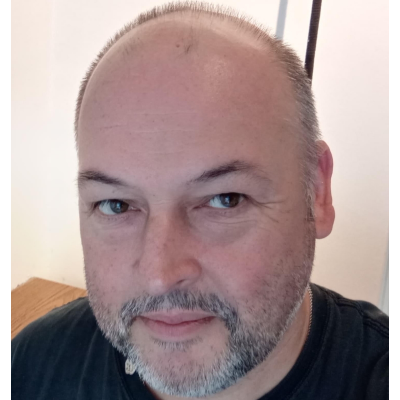 Having been a Glastonbury-based artist for the best part of twenty years (2001-2019), Yuri is now a nomadic artist; mostly sharing his time between Cornwall, Glastonbury, and the Channel Islands of Jersey, and Guernsey.  He has written a number of books about Glastonbury and its esoteric history – from the Celtic Iron Age through to Dark Age Britain; the medieval Arthurian intrigues of Avalon and the Holy Grail; to the occult intrigues of the 19th and 20th centuries.  He is particularly focused upon the return of the divine feminine in the original expressions of the many goddesses of the Brythonic Celts – including Nemetona, Elen, Rosmerta, and Brigid.

Sovereignty Goddesses of the West-Country

A talk and slide-show presentation about the mythological and archaeological evidence for the Celtic goddesses of the West-Country – including Brigid/Brigantia, Rosmerta, Nemetona, and Elen.

Glastonbury/Avalon was a liminal territory (possibly a Druidic nemeton) between two vast Celtic tribal territories – those of the Durotriges (Glastonbury down to the south coast of Dorset), and the Dobunni (from Glastonbury north, from the Mendips to the Cotswolds of Gloucestershire); Glastonbury’s Iron Age lake village was probably the hub of a trade network between these two, and other, tribal groups. The archaeological evidence of Glastonbury is that it remained pagan throughout the Roman era and that there was a Romano-Celtic temple upon the summit of the Tor until the early Christianisation of Somerset during the 6th and 7th centuries. The most probable deity honoured by the Tor temple is likely to have been Brigid/Brigantia, possibly in the Roman guise of Minerva. All which was erased by Christianity, and then even further obscured by the 13th century story of Joseph of Arimathea. Even today, the signs below the Tor, do not even say that there ‘may have been’ a pagan temple upon the Tor (yet the evidence has been in the public domain – at the Somerset Archives, Taunton, since 2001). It is time to reclaim Glastonbury to its sovereign goddess. In 2020 I published a book about all of the above, ‘The Pagan Temple of Glastonbury Tor’.

The Well Maidens of the Summerlands

Is an artistic project that I have been involved with since 2015; creating a great deal of artwork centred around thirteen women from the legends of Arthurian romance. Each Arthurian Lady is an archetypal personification of the twelve signs of the zodiac, and its pole star centre-point. The whole project was born from the Glastonbury Zodiac and as such it is a fruit of the sovereignty goddess of that land. Primarily a body of art and poetry, the ‘Well Maidens’ is also an esoteric project for exploring the ancient Mystery Traditions lore that is to be found within the medieval Arthurian romances. For further information please see the website – www.wellmaidens.,co.uk – and most of the Well Maidens artwork that I have created can be viewed on-line in the Facebook group ‘The Well Maidens of the Summerlands’… this could be a 60 minutes presentation of Arthurian legends and sovereignty symbolism.