Celtic Goddess: Nimue – Lady of the Sacred Wells and Waters 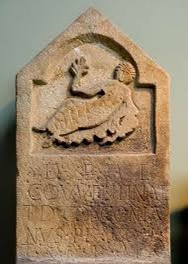 Celtic Goddess: Nimue – Lady of the Sacred Wells and Waters

At this year’s Goddess Conference I have the honour of working with the Sovereign Goddess Nimue – Lady of the the Sacred Wells and Waters – and one of the Ladies of the Lake.

When I first began my journey with Nimue, I turned to research Her historical background and was instantly both bewildered and enticed (a duality theme that is very typical of Her!) There were links to water, to wells, to magic and the Otherworld everywhere but no facts about Her as an ancient Celtic Goddess. There are no carvings, statues or place names that make reference to Her. This does not lessen Her call or limit Her magic for me.

Nimue’s name has many spellings known to us from Arthurian manuscripts and these nuances have muddied the waters when looking back to find Her origins. She has been called Nimane, Niniane, Nyneve, Nineve, Vivienne (to name just a few). The mystery of Her name has lead Her to be linked to many different Goddesses but the theories linking Her origins to Coventina are the most compelling to my mind as in Arthurian lore Nimue is often called Vivienne. The roots of this magical Vivienne are believed to be linked to the Romano British Goddess Coventina. She was honored in Ancient Britain as a triple Goddess of Wells and Springs. Offerings were made to Her in the north of Britain at a shrine close to Hadrian’s Wall.

Natural springs and wells have always been a sacred space. To the Ancestors they would have been truly invaluable and magical places – sources of pure, drinking water that have inspired people to leave offerings since ancient times. The waters of springs and wells across the land have been attributed healing qualities that still survive today. Clootie ribbons are still tied to trees growing near sacred springs as prayers for healing or given as gratitude offerings. Well dressings still take place across the country every May – which include floral offerings to the spirits of place.

The Lady of Wells and Springs who gifted the Ancestors fresh, healing water was given many different faces by the time of medieval Arthurian lore. There are several versions of Arthurian tales that weave Nimue into their magic. Her role shifts throughout them.

At the Goddess Conference we will meet Her as one of the Sovereign Goddesses of Avalon.

Sovereignty also refers to the Goddess of the Land to me. I have always worked with Her and the sacred colours of White, Red and Black. By walking the land, by opening ourselves to its Mysteries, we can open ourselves to the Sovereign Goddess of the Land. In this sense, as a Sovereign Goddess, Nimue can be found out on the land at the sacred wells and waters of Avalon.

My journey with Nimue deepens daily. She comes to me in my Dream Space now and whispers words of challenge and encouragement. She is calling me into a deeper awareness of my own Self and I love Her for it.

She is calling me to drink Her waters. Her springs are a gift of the Goddess. Nourishing, soothing and healing. They are a treasure that well up from the depths.

She is calling me to immerse myself in Her waters. Her lake, her pools are a portal to the Otherworld and represents many mysteries. Within lie hidden depths, hidden challenges, and hidden treasures.

She is calling me to reflect within Her waters. Her waters are a sacred mirror that draw me deeper into my own soul and encourage me to release the illusion of perfection.

She is a Gatekeeper and an Initiatrix. She has tested me in deeply personal ways. It is no surprise to me that from Her watery realm, the greatest challenge She has put my way has been around Breath. For the element of Air sits opposite Her on the wheel, and therein lies synchronicity and magic. The immersion of myself into the realm of Nimue coincided with a period of my life that was emotionally overwhelming (the waters of my emotions closed around me) and physically challenging. I was diagnosed with Asthma after my covid recovery and Nimue’s message that resonated loudest to me was SURRENDER. She called me to submerge myself into Her depths… to surrender … to sink … to discover a new way of breathing and being. She has gifted me clarity, healing and a deeper knowing of my sovereign self.

Nimue is one of the Sovereign Goddesses of Avalon. Avalon – a place of mystery and magic. It is a realm of learning where you can be guided, where you can embark upon deep soul-work and where you may be challenged to grow. It is a place of Transformation. A place you can journey to and return from – whether you return the same as when you arrived, or whether you are changed will depend upon your own experiences there.

Nimue is there, with Her sister Goddesses and she invites you in to that magical realm. She invites you to drink Her waters, to immerse in them, to reflect in them. Journey to Avalon this summer. It would be wonderful to honour Her and Her sacred sisters with you all.