My connection to Goddess Kundry has been awakened during the pandemic, during isolation, and during the war. Through Her I have felt the rage of the unjust, the wrath of wrongdoing and the power of destruction.

Kundry is the wise embodiment of the outcast wisewoman. Her wild eyes and messy hair with her serpent girdle around her waist, She is the dark Goddess of knowledge. Kundry arises in me out in the wild winds where my voices mixes and merges with the elements, howling in deep emotional pain, howling because I can, and I need to. She teaches me how to express, how to scream and tap into my deep primordial essence. This voice of mine, this voice of our collective that has been silenced through eons of time. Resentment, jealousy and competition are Her bedfellows. Her voice is my voice and will be heard echoing backwards and forwards in time.

Kundry is a Healing Queen, a witch, a powerful sorceress. On the periphery of the Vale of Avalon, we can sit with Her in the many caves that surround the Island (Mendip Hills) and in town we can experience Her in The Dark Well, under the Lady Chapel, a sacred Spring which was there long before the Abbey was built, and which has said to have healing properties and has the ability to be a mirror into our soul. 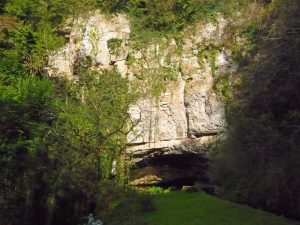 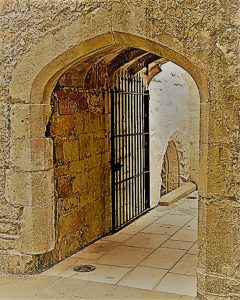 The mirror She has held up to me over the last year has been of despair and death. Is this what happens when humanity stops caring? Stops dancing? Stops walking and singing in devotional on the land? Deprived of fun we have been made silent. What happens when we are deprived of our voice, our speech, our soul song? We find other outlets for our emotions and channel a deeper power of Kundry.

Beyond this world Kundry has taught me to re-connection to long-lost Sovereignty. Letting go of hurts from the past lives, this life. What is weighting you down right now? What is stopping you from being fully present, fully sovereign Queen in your life? Listen and you may hear Kundry mocking you, riling you to act, poking you for a reaction. Are you able to be fully yourself? whatever that feels and looks like for you. Power is beyond plain visual beauty, power is service, devotional and choice. Kundry helps me acknowledge this truth, as She is an initiatrix into the acceptance of Truth.

Linking Her to Avalon, She is linked with Parcifal’s story. I see Her mainly as a woman who withdrew. “Ignore me at your peril, cut yourself off from the land and suffer the consequences. This slumber is ignorance, lack of awareness and ingratitude’s!” What do you Choose? How do you serve the Goddess?

I have journeyed with many Dark Goddesses, and Kundry has been the one to shine the light of distortion, exclusion, disconnection, and disempowerment. She shows us all that we do have the power to choose. In times of great stress and change we can become contracted in ourselves, unable to move and make choices.

“She who seeks to be recognised beneath Her veil of ugliness” (C & J Matthews).

She is an Earth speaker, as Her Priestess I am an Oracle of Mother Earth, snakes and dragons are Her guardian animals of Her sacred Temples. She who speaks for the Earth, She who lives in the caves, closest to the heartbeat of Mother Earth, Gaia.
Kundry will bring joy again when the wastelands on Earth have been fully felt and healed.