Faces of the Crone: Julie Felix

Faces of the Crone: Julie Felix

An honouring series of beloved Crones who the Goddess Conference co-organisers have personal connection with, randomly chosen from a selection of photos by Ann Cook©, Conference photographer of the last 20+ years.

Of course, there are many more trail blazing elders in the Goddess movement and beloved Crones of the Conference; this series stands to celebrate them all through the examples of these women, and the appreciation we have for them.

Outside the Goddess movement, Julie Felix is mostly known as a successful 60ies folksinger and a protest-singer. Being born in Santa Barbara, California in 1938, she started to travel to Europe after her university years in 1962, singing in clubs in cafes and finally arriving in London in 1964. In London she ended up performing at the David Frost Show on television, which kicked off a whole series of performance and led to Julie having her own television show on BBC2 between 1967-1969: ‘Once more with Julie’. Here she met and sang with the (other) greats of the folk-music scene, from Leonard Cohen to Dusty Springfield, from Bob Dylan to Jimmy Page and more.

Julie moved back and forth between Europe and the US and became a peace campaigner in the 80ies, especially around Latin-American refugees and women’s rights. Around that time her work also became more spiritual, and Julie became part of the early Goddess movement and together with Ashpodel Long and Lydia Ruyle she would come to the early years of the Glastonbury Goddess Conference, and has been coming to The Goddess Conference ever since.

I had never heard of Julie Felix, which I still think is strange, because I do know all her contemporaries. So, I have only known Julie as a Goddess orientated singer-songwriter, but it was always clear to me that she was special.

When I first heard her sing at my first Goddess Conference in 2003, I was surprised about two things. First of all, how everybody seemed to know and love her songs, singing along with every single word and secondly, how she moved me to tears through her songs, even though I had never heard any of them before. I knew I had to get her albums and I remember scrambling to the front of the stage where she was selling her impromptu-made small EP’s with songs and when back home playing the songs non-stop.

Like many others, she touched my heart and soul with her songs: ‘How can anyone ever tell you’, ‘woman’, ‘I send you healing’, the last one which I still use in my trainings. I also now know all the words to her songs, but sadly we won’t be able to sing them any longer with her, as she passed away in 2020. But more than her songs, I will never forget Julie and how I experienced her; her energy and charisma, her high kicks on stage, her humour and sparkling eyes, her ability to move everybody in the room and her gentleness in our one-to-one encounters, for which I most honour Julie Felix as trail blazing Goddess Conference Elder. 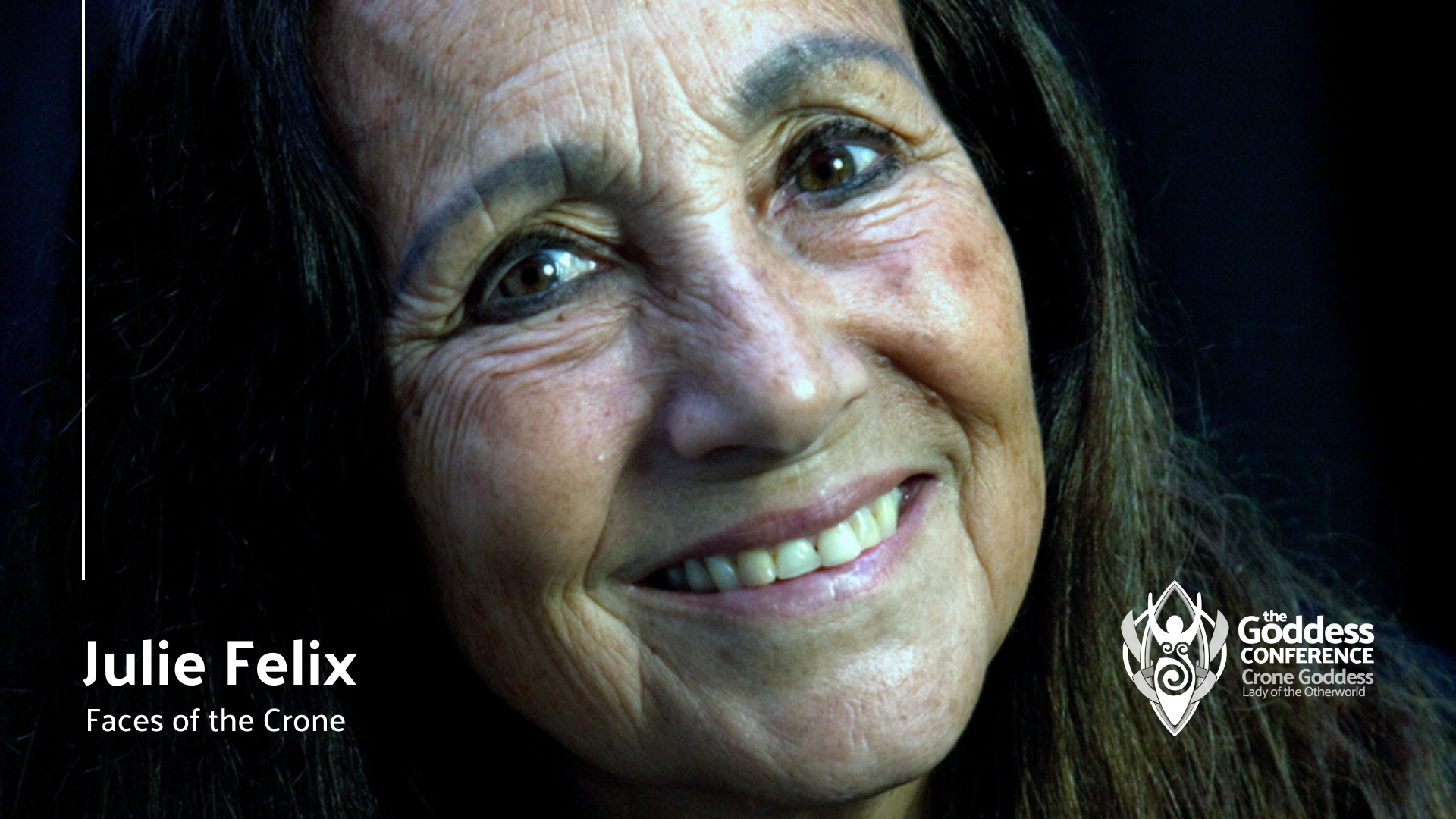