Faces of the Crone: Geraldine Charles

Faces of the Crone: Geraldine Charles

An honouring series of beloved Crones who the Goddess Conference co-organisers have personal connection with, randomly chosen from a selection of photos by Ann Cook©, Conference photographer of the last 20+ years.

Of course, there are many more trail blazing elders in the Goddess movement and beloved Crones of the Conference; this series stands to celebrate them all through the examples of these women, and the appreciation we have for them.

Geraldine is a wise woman of the Goddess tradition, dedicated to the path of the Goddess since 1980 and is a priestess of Avalon since 2000. She has both studied and taught about Goddess for decades. As editor of the ‘Goddess Pages’ online magazine, holder of online training courses and web-mistress (and designer) of various Goddess centred websites, including, until recently, the Goddess Conference, she is always creating works of art and beauty. Through her designs and writing, which highlight the essence of the people and events working with the Feminine Divine, Geraldine is, and has been, instrumental in bringing Goddess back into more mainstream awareness worldwide.

In 2002 Geraldine was helper on the Priestess of Avalon year-long training held by Kathy Jones for the Goddess Temple.
I remember her poetry and Lancaster storytelling as especially moving during that time. She brought a weaving of words and images that highlighted the hard journey of reclaiming for women in Goddess spirituality of the past, in stark contrast to how my own age group and background found our way back into this Goddess centred presence and reality. She brought a fierce realness to the feminist philosophical and political basis, of what for some was predominantly nature-based Goddess spirituality.

I also remember Geraldine as Goddess Conference ceremonialists in the years when this group of priestesses first expanded from three to eight women who were holding the embodied energy of each Goddess that was worked with over the years.
These were the years when the Goddess Conference was beginning to explore what being a priestess-ceremonialist in a sister-circle of equals may be like as a lived experience, after many of us had walked a solitary path in our search for, and the finding of- Goddess. Geraldine was instrumental in that group development, especially within the Morgen Year of the Goddess Conference (2003) when she was ceremonialist for the Avalonian Morgen Gliten.

Geraldine was very helpful when Marion and I took over the responsibility of organising and holding up the Goddess Conference. In that first year, in which we honoured the Goddesses of the World, she created a stunning website filled with colour and energy, that sang with the intentions we were dreaming in of Her multi-form rainbow of expression. After having bought the Goddess Conference, we were naturally concerned about all the costs involved. I am forever grateful and amazed that all the skilful work Geraldine had been (and was) doing for the Goddess Conference website, was so very reasonable priced. It really came from the generosity of her genuine gifting and willingness to support us.

For being a woman who walks her talk, I especially honour Geraldine Charles as trail blazing Goddess Conference Elder. 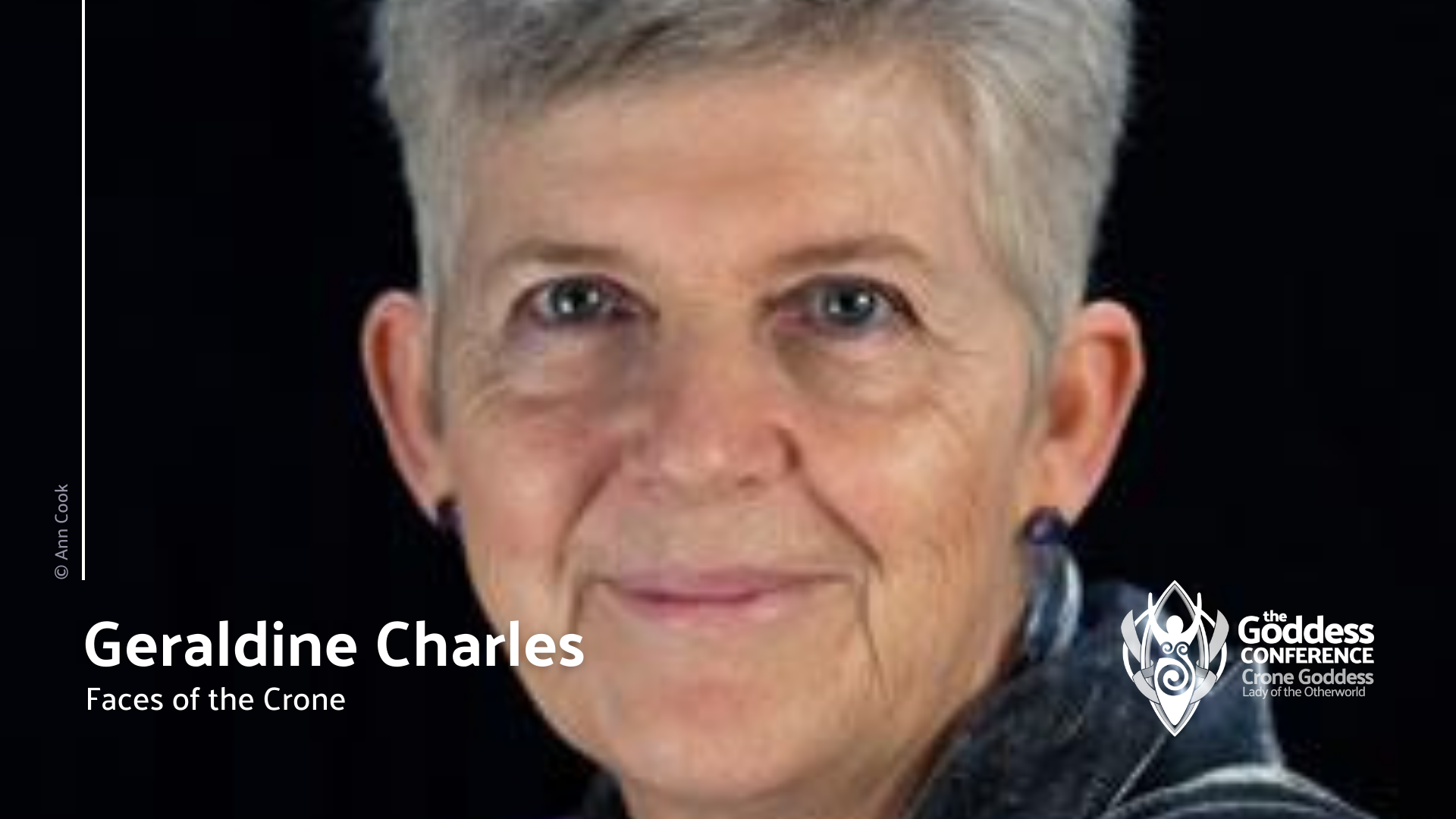